On Saturday, September 25, the eastbound lane of Somers Point-Mays Landing Road (CR 559) will be closed to motorists between Ocean Heights Avenue in Hamilton Township and Rt. 52 (MacArthur Blvd.) in Somers Point, 10 AM – 6 PM, to accommodate the 2021 Bike MS City to Shore Ride. Officers will be on site to assist.

The 2021 Run for the Fallen will pass through Sea Isle City on Thursday afternoon, September 23 – and everyone is encouraged to line Landis Avenue and cheer-on the event’s runners as they honor deceased military members from the Garden State. The New Jersey Run for the Fallen is an organization made up of active-duty military runners and support crew, with the mission of running from Cape May to Holmdel, NJ, in honor of each New Jersey active military member who has died for this country. Along the way, the runners will stop once each mile (at a “Hero Marker”) to honor an individual New Jersey resident who died in the line of duty.

County clerks have begun mailing out ballots, and there’s still plenty of time for voters to request one through their local election official. Voters can request a vote by mail ballot between now and a week before Election Day by contacting your county clerk, according to state election officials. Voters can also pick one up from their county clerk. They have until 3 p.m. on Nov. 1 to get one in person.

Margate is holding a ceremony this weekend to unveil the Amherst Avenue promenade. The ceremony happens Saturday at 11am. According to the Press of Atlantic City, the two part project, which was launched in November 2016 and cost more than $2 million, consisted of bulkhead raising, restoration and revitalizing the Waterfront Special District.

Samples collected by the Atlantic County Office of Mosquito Control from the 200 block of Elwood Road in Mullica, the 1200 block of Zion Road in Northfield and the 4000 block of Wintergreen Avenue in Egg Harbor Township were all confirmed positive for the virus on September 14.

There are no reported human cases of West Nile virus in Atlantic County at this time.

An investigation by detectives of the Violent Crimes Unit has led to the arrest of a man wanted for his involvement in the shooting of two females.
Tyron Outlaw was arrested by members of the United States Marshal’s New York/New Jersey Regional Fugitive Task Force and the Atlantic City Police Department’s Special Investigations Section. Outlaw was wanted following an investigation into a shooting that occurred in August.
On August 18 at 10:55 pm, patrol officers responded to the 700 block of north Michigan Avenue for a ShotSpotter alert. Responding officers located evidence of gunfire, but no victim. A short time later, two female victims, 16 and 52, of Atlantic City, arrived at the AtlantiCare Regional Medical Center, City Division suffering from gunshot wounds. The injuries were non-life threatening.

On September 15, 2021 an Atlantic County Grand Jury indicted Emery Chapman, 42, of Pleasantville, Ebony Chapman, 41, of Absecon, Tennille Lee, 44, of Atlantic City, and Theresa Lockhart, 20, of Millville in connection with a heroin distribution scheme throughout Atlantic County from November 2019 until June 2020. An investigation initiated by the Liberty Mid-Atlantic HIDTA Task Force in November of 2019 revealed that Emery Chapman directed and conspired with Theresa Lockhart, Tennille Lee, and Ebony Chapman to distribute heroin within Atlantic County. In January and February of 2020, Theresa Lockhart sold a total of over five ounces of heroin to an undercover police officer. On June 1, 2020, police executed a search warrant at Tennille Lee’s apartment. Police recovered 393 bricks of heroin with a total weight of approximately nine and one-half ounces. Emery Chapman would communicate over his cellphone with Ebony Chapman, Lee, and Lockhart to not only facilitate these narcotics transactions but to also direct payment and schedule pickup of the heroin from his supplier in Philadelphia.

The Atlantic City Surveillance Center recently helped bring an armed robbery suspect into custody. On September 10th, officers were stopped by a man who said that he was just robbed at Tennessee and Central Avenues. The victim, 63, of Atlantic City, had a handgun pointed at him by a suspect who demanded money. When the victim refused to turn over his money, the suspect hit him in the head with the gun and took his money. The suspect fled the area.
A description was provided to officers and members of the department’s Surveillance Center. More than an hour later, the suspect, a 16-year old male, returned to the area. Surveillance personnel immediately notified officers in the area. Officers John Bell and Dylan Imbrenda located the suspect and arrested him. He was found in possession of a loaded handgun.

An Atlantic County Grand Jury has indicted two men on murder and weapons charges in the 2013 fatal shooting of 21 year-old William Clegg. 29 year old Abdul Bailey and 27 year-old Austin Clark of Bridgeton have been indicted on murder and weapons counts . On Saturday May 4, 2013, at approximately 2:29 p.m., Atlantic City Police Department received a 911 call in reference to a shooting outside 501 North Indiana Ave., Atlantic City. Upon arrival, officers located William Clegg, of Atlantic City, with multiple gunshot wounds lying on the sidewalk in front of 501 North Indiana Ave., Atlantic City, NJ. Clegg was transported to AtlantiCare Regional Medical Center City Campus where he was pronounced deceased. An investigation determined that Bailey and Clark lured Clegg outside the convenience store at 501 North Indiana Avenue. One individual waited for Clegg on the sidewalk; the other waited for him in the alleyway. As Clegg walked by, he was shot by the man waiting in the alley. Bailey was apprehended in Williamsport, PA, and Clark was also charged with the Murder of Clegg and was already in custody. 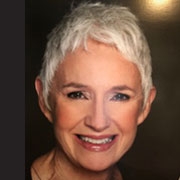