At Stockton University, the Alliance Heritage Center will use a new grant to create a public digital database of its collection documenting the history of Jewish farming in southern New Jersey. The New Jersey Historical Commission recently awarded more than $300,000 to 14 organizations to explore under-represented history in the state, including $24,500 to the Alliance Heritage Center. The goal of the Alliance Heritage Center is to preserve the history of the first successful Jewish farming village in the United States, the Alliance Colony in Pittsgrove Township, Salem County. The center will use the grant to support a one-year project to create a public digital database to house its collections, said Patricia Chappine, adjunct professor of History.

North Wildwood can proceed with a lawsuit seeking to recover $21 million it spent bulking up its shoreline, but cannot build a bulkhead to permanently thwart the waves, a judge ruled Wednesday. The city defied state environmental authorities and fixed its dunes that were seriously eroded by a storm. The lawsuit in question seeks to recover $21 million spent bulking up its shoreline. Published reports indicate Superior Court Judge Michael Blee issued a restraining order barring North Wildwood from building a bulkhead along a severely eroded section of its shoreline, as it has been threatening to do for months. The city defied the state Department of Environmental Protection and carried out emergency repairs to its beach in October after the remnants of Hurricane Ian chewed huge chunks out of protective sand dunes.

A Vineland woman was fatally injured when her car veered off a Cape May County road on Tuesday. Melissa DeJesus, 40, was traveling northbound on Route 47 in a Toyota Camry when the car left the roadway near milepost 16.8, struck a tree and overturned, this from State Police Sgt. Philip Curry earlier today. The road was closed for about four hours. The crash is still being investigated.

A surveillance operation Monday led to the arrest of three Atlantic City teens and a man on drug and gun charges. Resident complaints about illegal drug activity and quality-of-life issues led police to the 1800 block of Hummock Avenue about 1:20 p.m. While conducting surveillance, detectives saw the four suspects taking part in suspected drug transactions.

A Vineland man who pleaded guilty to selling deadly drugs to a Buena teen has been handed 12 years in prison. Authorities say 45 year old Freddie Smith sold the drugs to an 18 year old back on March 12th, 2020 in the parking lot of a Wawa in Vineland. BreakingAC.com reports the teen died from a combination of fentanyl and cocaine. As part of the investigation, Smith’s home was searched and drug-packaging paraphernalia, fentanyl and cocaine were found.

On January 30, 2023, a surveillance operation in the 1800 block of Hummock Avenue resulted in the arrest of three juveniles for possession of weapons and an Atlantic City man for possession of drugs.
At 1:20 PM, members of the Atlantic City Police Department’s Special Investigations Section conducted a surveillance operation in the 1800 block of Hummock Avenue in response to continued complaints from residents concerning illegal narcotics activity and quality of life issues throughout the area.
While conducting surveillance, detectives observed four individuals taking part in suspected narcotics transactions and subsequently stopped and detained them for investigative purposes. Detectives learned that three of the four individuals, one 15-year-old and two 16-year-old males, were in possession of handguns. The fourth male, 30 year old Michael Mack, was found in possession of drugs.
In total, detectives recovered two Glock 40 caliber handguns and a Taurus 9mm handgun, along with approximately 20 grams of cocaine, numerous Alprazolam pills, and nearly $400.00 US currency believed to be proceeds of narcotics sales.

A drug dealer has been sentenced to 12 years in state prison for selling fentanyl-laced cocaine to an 18-year-old who later overdosed and died.Freddie W. Smith, 44, of Vineland will have to serve at least 10 years before he is eligible for parole, according to the Atlantic County Prosecutor’s Office earlier today. He will then be on parole for five years after he is released from prison.
Smith sold the drugs to the man in the parking lot of a Wawa in Vineland in Cumberland County on March 11, 2020.

Atlantic City has settled a lawsuit by police Officer Sterling Wheaton for $323,631.04 in back pay. Wheaten was acquitted last year on federal charges related to a K-9 attack in 2013, and sued the city for about $582,000 in back pay and attorney’s fees accumulated while suspended pending the outcome of the trial. He was seeking $382,497 in back pay and benefits, like health insurance and lost overtime, withheld from October 2018 after his indictment until March 22, when he was reinstated as a police officer.

Two Atlantic County men are charged in connection with cockfighting that led to more than 100 birds and other animals living in unsanitary conditions. BreakingAC.com reports a tip led investigators to a Buena home that was allegedly housing birds to be used for fighting. Authorities say they searched the property and found dozens of roosters trained to fight along with equipment used to train them, according to the charges. More than 100 other birds were on the property, and are now quarantined pending the outcome of disease testing. Charged in the case are 81 year old Sigfredo Perez of Newtonville, Buena Vista Tonwship, and 49 year old Queli Merlo of Hammonton. 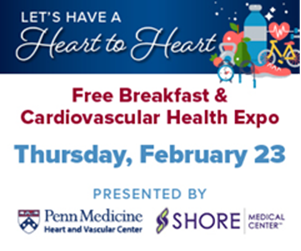