A months-long investigation into the distribution of narcotics resulted in the arrest of 16 individuals and the recovery of multiple handguns and a large quantity of drugs.
On November 14, 2022, the Atlantic City Police Department, with assistance from the Atlantic County Prosecutor’s Office, DEA Atlantic City Resident Office, and the Liberty Mid-Atlantic DEA Atlantic County HIDTA Task Force, completed an investigation into a drug distribution network operating in the area of Florida Avenue, the Ducktown section of Atlantic City, and surrounding areas.
The network, led by brothers Joseph and Justin Suarez, utilized a series of stash locations and street level dealers to distribute cocaine, fentanyl, and heroin in Atlantic City. According to the New Jersey State Police’s Drug Monitoring Initiative, this particular brand of heroin/fentanyl, known as ‘Bad Bunny’, has been linked to at least 25 overdoses including 8 fatalities. It was through the collaborative efforts of the various agencies involved that this deadly drug distribution network was dismantled.
The operation culminated in the execution of ten (10) residential search warrants in the aforesaid area of Atlantic City and throughout Atlantic County. The operation and execution of the search warrants resulted in the seizure of approximately 785 bricks or 39,250 individual wax folds of packaged heroin/fentanyl, approximately 7 ounces of cocaine, four handguns, one of which was determined to be a ‘ghost gun’ and another determined to be stolen, various firearm ammunition, miscellaneous amounts of crack cocaine and suspected fentanyl pills, and approximately $86,650 in US currency, believed to be proceeds of illegal narcotics sales. 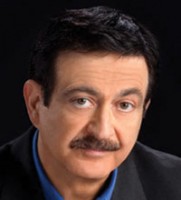 George Noory
1:00am - 5:00am
Coast To Coast
Email Comments
My Profile